How do centuries-old prophecies speak to us today?

“I am the Alpha and the Omega," says the Lord God, "who is and who was and who is to come, the Almighty.”

What does Revelation say about end times?

Headlines trumpet the news about modern-day plagues, social tensions, economic crises, and rampant depression.  But what does the Bible say? Are we living in the last days? Open God's Word to learn how centuries-old prophecies and wisdom speak to us today and help us live out God's mission.  There is an urgency to share the Good News of Jesus Christ with our Neighbors & the Nations. 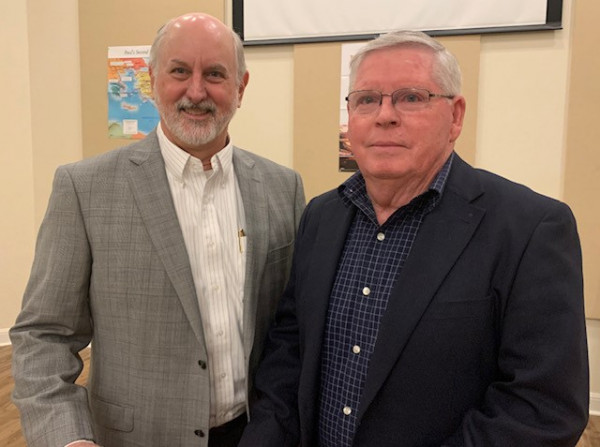 Don has taught Christian apologetics and worldview classes for 15 years. He volunteered for three years for a Christian high school and has taken Seminary classes in apologetics at Southern Evangelical Seminary. Don and his wife Linda are members here at First Bentonville.

Richard has been engaged in ministry work for most of his adult life through teaching, preaching and singing.  He currently teaches an adult small group.  Richard became an ordained deacon in 1997 and was then called into ministry in 1999 and was licensed and ordained to preach.  He served as bi-vocational pastor in Missouri churches before moving to Arkansas in 2016. He has served as senior pastor, interim pastor, supplied in many churches, preached revivals and has taught in many evangelism, discipleship and prophecy classes. Richard and Julie have been married 27 years, have two children and five grandchildren.

Have questions or want more information?

Send us a message through the form below and the CYCLES D-Groups coordinator will get back to you.

Thank you for contacting FBC Bentonville. Your message has been submitted.